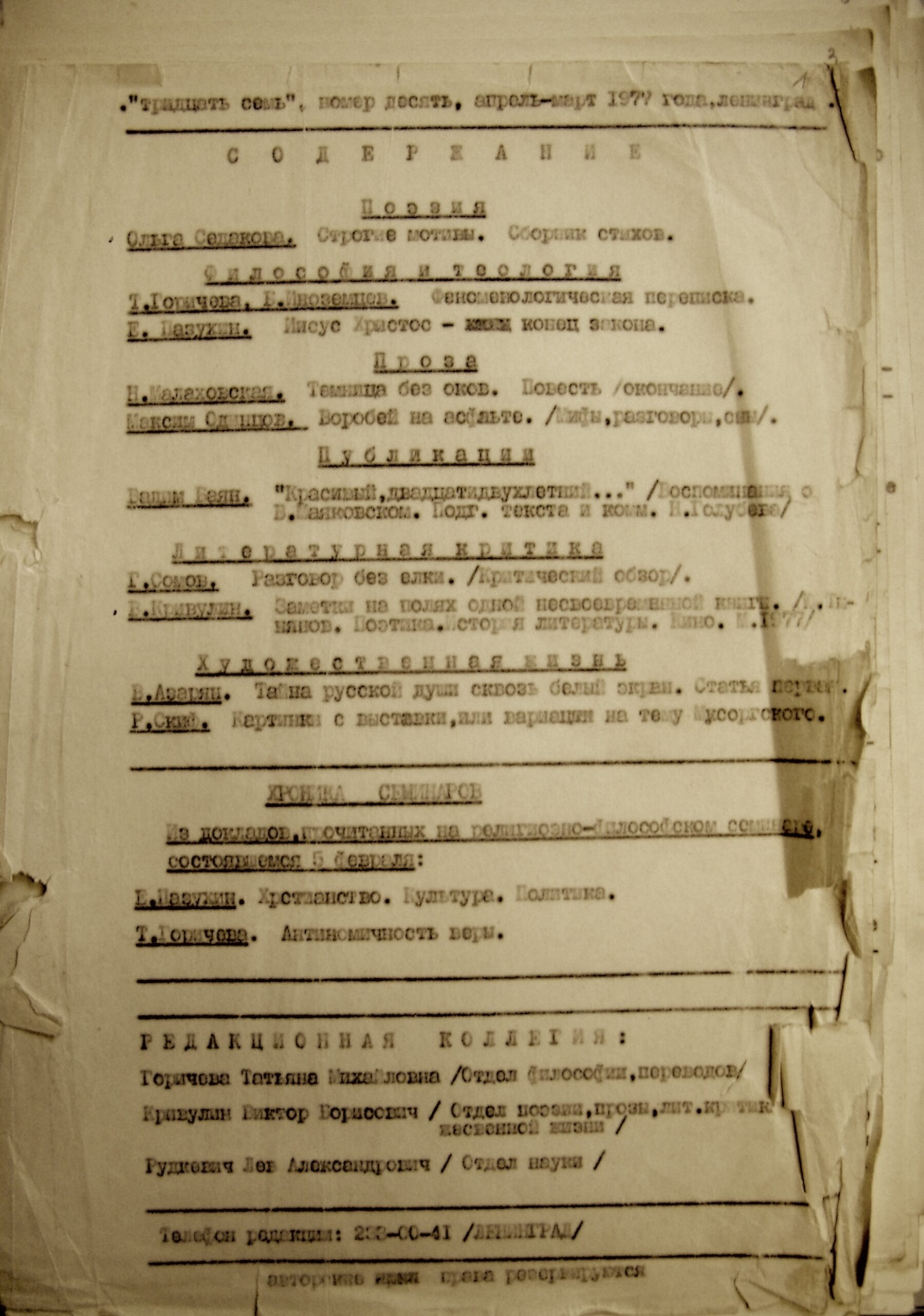 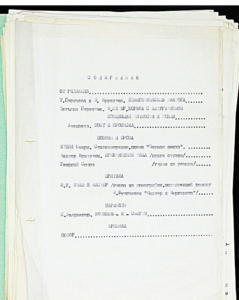 Description:
Released in twenty-one issues from 1976 to 1981, the journal came out in Leningrad and Moscow almost every month after the publisher Sovetskii pisatel’ refused to publish the anthology Lepta in the spring of 1975.
The title of the journal refers to the street number of the apartment located on the Obvodnyi Kanal in Leningrad, rented by the founders of the magazine, Tat’iana Goricheva and Viktor Krivulin, where they met on Fridays to discuss philosophy and philology. According to Krivulin, 37 also refers to the number of years that Soviet writers had been subject to Stalinist repression. The first issue came out in April 1976, but was dated 18 January of the same year. The editors specified that the purpose of the periodical was to bring to light a culture submerged by prevailing socialist realism (cf. no. 1, 1976, p. 1).
The periodical immediately met with copyright issues. In issue no. 3 of 1976 the words “Zapreshchena perepechatka otdelnykh materialov bez razresheniia” appeared (Reproduction of individual materials is forbidden without permission). In issue 4 of 1976 the editors state,  “Pri perepechatke otdelnykh materialov neobkhodima ssylka na zhurnal ‘37’” (For the reproduction of individual materials it is necessary to cite the journal “37”, 4 of 1976), followed by “Avtorskie prava rezerviruiutsia” in the other numbers (Copyright reserved) with the exception of the final issue of 21 November 1980-December 1981.
The main interests of the magazine were philosophy (with particular attention to phenomenology, hermeneutics, existentialism and structuralism), the natural sciences and humanities (for which Lev Rudkevich was responsible), translations, interviews,  chronicling major cultural events, book reviews, the publication of unpublished essays, memoirs, letters by philosophers, poets and scholars, and poetry and prose by authors that were not available to the general public.
Besides Krivulin himself, among the poets and prose writers were Gennady Bezzubov (pseudonym of Gennady Kiev), Vsevolod Nekrasov (15, 1978; 17, 1979), Elena Shvarts (18, 1979), Lev Rubinshtein (15, 1978), Leonid Aronzon (1940-1970) (12, 1977), Bela Ulanovskaia (12, 1977), Oleg Okhapkin (2, 1976; 3 1976, who later also collaborated with “Severnaya pochta”, V. Nechaev (2, 1976), Georgii Somov (2, 1976), authors of Muscovite conceptualism, such as Dmitrii Prigov (17, 1979) and writers of the neo-avant-garde, such as Genrikh Sapgir (3, 1976, also a writer for “Severnaia pochta”).
The magazine had a series of recurring columns such as Poėziia i proza (Poetry and prose), sometimes named Poeziya, or Stikhi o stikhakh (12, 1977; 17, 1979) or just Proza (3, 1976) which published the verses of Krivulin, P. Cheigin, A. Ozhiganov, I. Zhdanov; Kritika (Critics); Perevody (Translations); Khronika (Chronicle), subsequently Khronika kul’turnoi zhizni (Chronicle of cultural life, 14, 1978); and others of a more occasional nature such as Publitsistika (Current affaris), Nauka (Science, 3, 1976); Filosofiia tvorchestva (Philosophy of Creation, 17 1979; 18, 1979); Filosofiia i religiia (Philosophy and Religion, 17, 1979; 18, 1979, also present as Filosofiia, religiia, 3, 1976); Literatura i kritika (Literature and criticism, 18, 1979); and Sovremennaia kul’tura (Contemporary culture, 21, 1980-1981 ).
The columns of issues 1-19 were replaced by short sections in issue 20 of August-October 1980 such as Filosofiia, istoriia, izobrazitel’noe isskustvo (Philosophy, History, and Figurative Art, which returned in issue 21 of 1980-1981), Perevody (which mainly included essays by George Orwell and Milan Kundera such as Stat’i o literature, Essays on Literature, by the former, pp. 76-94, and Massovoe bogatstvo kul tury, The enormous wealth of culture by the latter, which came out in issue 21 of 1980-1981). It was the publication of these last pieces that led to the expulsion of Evgenii Pazukhin and Viktor Antonov in 1980, who were worried about possible retaliation by the authorities.
Chapters of Kul’tura dva by Vladimir Papernyi were published in the section Kul’turologiia (Cultural studies, numbers 20 and 21). The entire issue of no. 20 of 1980 was dedicated to the emigration of Goricheva.  The magazine defined her as “an individual without whom it is difficult to imagine contemporary culture in Russia”, 20, 1980: 2017).
A clear interest in European philosophy is demonstrated by the numerous translations of thinkers such as S. Kierkegaard (no. 1 1976), M. Heidegger (no. 2, 1976; no. 3, 1976), Malthus (no. 2, 1976), E. Fegelin (no. 18 1979) and by articles by Goricheva such as Bor’ba za naturalizm (The fight for naturalism, 1, 1976, republished in no. 25 of 1980 of “Chasy”) in which the author reconstructs the history of naturalism through the works of philosophers such as Husserl and Scheler, or Khristianstvo i kul’tura. Zdes’ i teper’ (Christianism and culture. Hic et nunc, 14, 1978). Philosophical contributions also included articles by I. Suitsidov (pseudonym of Boris Grois), whose essays considered the relationship between art and religion (2, 1976).
The magazine was linked to the philosophical-religious seminars promoted by Goricheva and Sergei Stratanovskii between 1974 and 1980 and Russian philosophy was given significant space.  Works by protagonists of the national philosophy of the first decades were published, such as Pavel Florenskii (Itogi, the Conclusions  taken from U vodorazdelov mysli, published in issue 2, 1976), as well as pieces by twentieth-century Russian authors whose works were often censured, such as Andrej Platonov (S.V., Zametki or proze A. Platonova, 17, 1979).
The journal was also involved in the publication of Muscovite conceptualism, such as: fragments of Autocodex-74 and the full text of Eto vsë (It is all) by Lev Rubinshtein, which appeared in no. 15 of 1978; essays by Grois (Moskovskii romaticheskii kontseptualizm, Moscow Romantic Conceptualism, 47-62); and additional notes by A.M. (Dopol’nitel’nye kommentarii. Po povodu stat’i – no. [sic!] Groisa Moskovskii romaticheskii kontseptualizm, Additional comments. About the article by N. [sic] Grois Moscow Romantic Conceptualism 16, 1978: 73-74) in numbers 15 and 16 of 1978, sometimes preceded by introductory notes (for example an introduction by M. Sheikner). 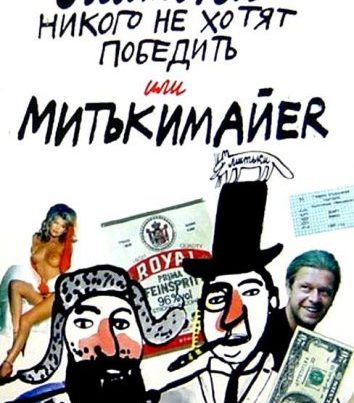 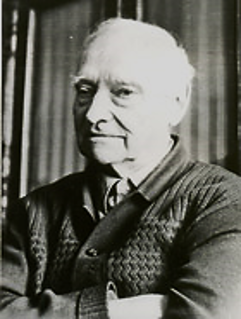 The seminar on Blok by Dmitrii Maksimov 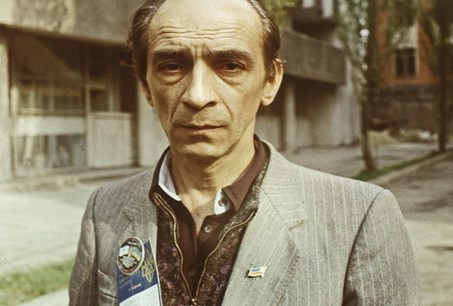